Tokyo, the capital of Japan, is one of the largest cities in the world with a population of 13 million, but this figure reaches 40 million in the metropolitan area, making it the most populous city in the world. Today, it accounts for about one third of the Japanese population. Despite its large population, Tokyo will not fail to dazzle and amaze you with its opulence, but also with its combination of opposites. Thanks to our themed tours, classic or customizable, you can discover and visit Tokyo in all its splendor and intimacy. 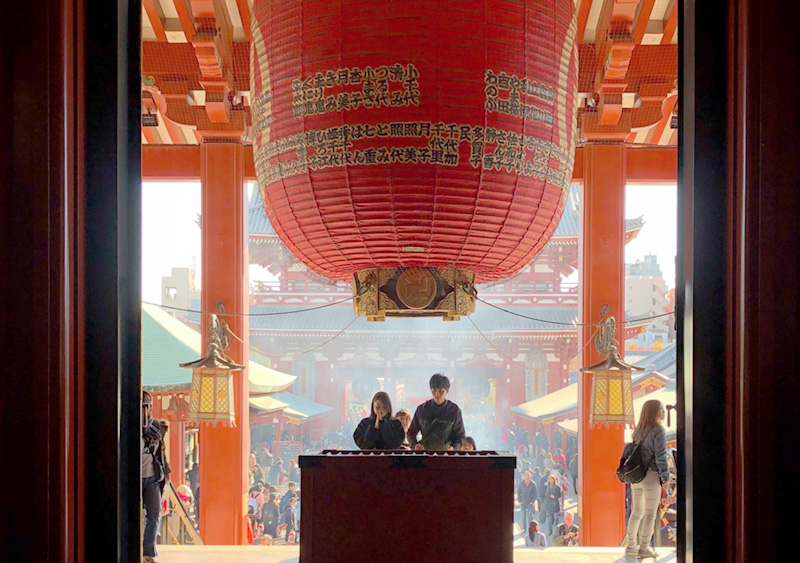 Dive into the world of anime and manga through this day specially dedicated to this universe. You will visit in particular the Akihabara district nicknamed the electric city. We will not fail to make you discover all the essential places in a warm and friendly atmosphere.

If you love nature and gardens, Tokyo is an ideal destination with many parks and gardens. Depending on the season, we will suggest a day trip to the most beautiful gardens in the capital.

*Please note that some parks are not free of charge. Please contact us for more information.

In Japan, Buddhism and Shintoism coexist perfectly. This day will allow you to discover magnificent shrines and temples present in the capital.

A day of sightseeing can be tiring for children. So, we propose a day where we combine the must-see sights with places where children can have fun while learning about Japanese culture.

Are you a fan of unusual and local experiences? During this day, you can discover activities that are out of the ordinary and that will make you live a unique moment.

*Please note that some activities are not free of charge. Do not hesitate to contact us for more information.

Would you like to visit the main points of interest in the city? Depending on your arrival and the length of your stay, we will propose a tour that includes the city’s must-sees, such as :

According to the list of places you wish to visit, we will establish the visit program taking into account the travel time.

with a guide is as follows:

with a guide is as follows:

*** For groups of more than 10 people, please contact us to know the applied rates.

**** For more than two days, please contact us to know the applied rates.

* Prices shown for the group of people.

*** For groups of more than 10 people, please contact us to know the applied rates.

The payment and reservation process is as follows:

STEP 2: We will respond within 48 hours and confirm your request.

STEP 3: Finalize the order. A secure payment link will be sent to you. The amount to be paid will represent 25% of the total amount.

* Please note that this deposit is not refundable in case of cancellation.

** Payment of the balance must be made in cash to the guide on the day of the tour.

To reserve, please make your selection and complete the reservation form – Visits

For more information, do not hesitate to contact us

CONTACT
We use cookies on our website to provide you with the most relevant experience by remembering your preferences. By clicking on "Accept all", you consent to the use of ALL cookies. For more information, please refer to "Cookie settings".
SettingsAccept All
Gérer le consentement

This website uses cookies to improve your experience while you navigate through the website. Out of these, the cookies that are categorized as necessary are stored on your browser as they are essential for the working of basic functionalities of the website. We also use third-party cookies that help us analyze and understand how you use this website. These cookies will be stored in your browser only with your consent. You also have the option to opt-out of these cookies. But opting out of some of these cookies may affect your browsing experience.
SAVE & ACCEPT